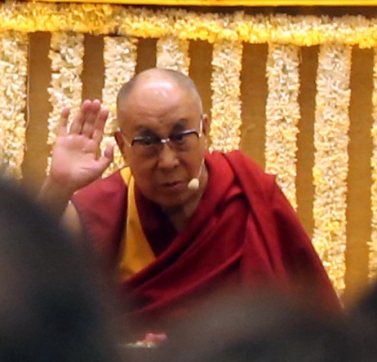 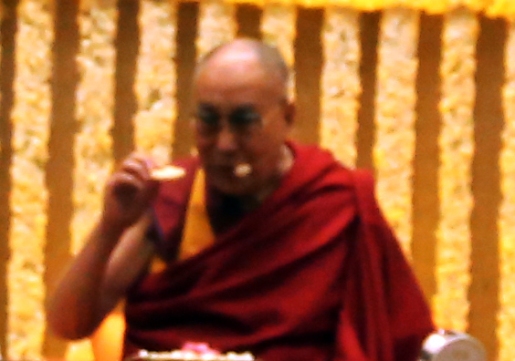 Nobel Laureate, Tibetan Spiritual Leader the 14th Dalai Lama spoke about his 4 commitments today in Bengaluru. His first commitment is to promote sense of oneness of all 7 billion human beings in this planet. All people are emotionally, mentally and physically the same. All religions teach love, kindness and tolerance. Thus in the name of religion killing each other is unthinkable. His second commitment is to promote religious harmony. In this connection he said that India is the only nation where all religions are together. His third commitment is preservation of Tibetan culture, language and traditions. There are 6 million Tibetan people and Tibetan language is closest to Sanskrit. He referred to Tibet as ‘roof of the world’ and in a lighter vein said Tibet is supplier of water to India because the origin of many rivers is in Tibet. His fourth commitment was to revive ancient Indian knowledge in modern India. The 83 year old spiritual leader was speaking under the aegis of Vidyaloke an initiative of Vana Foundation. He wanted to be reminded about the topic of his talk ‘Courage and Compassion in the 21st Century’. To this he added that being truthful and transparent always gives one courage and confidence. Being compassionate and calm is a sign of good mental health.
He ended with a lighter moment by showing the huge audience, at Concord Hotel, the biscuit that he was munching and asked the others to visualize it as in Vipassana. His Holiness chuckles like a child.