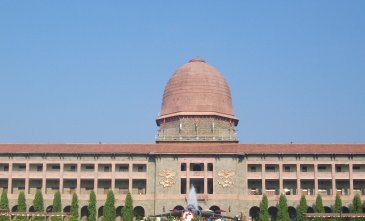 If you see the building from a distance it may not ring a bell, but on closer look you will read Sudan. Yes this is the iconic Sudan Block at the National Defence Academy in Khadakwasla, Pune, India. In recognition of the sacrifices of the Indian troops in liberation of Sudan in the North African campaign during World War II, Sudan Government, in 1941, donated one hundred thousand pounds. Pandit Jawaharlal Nehru laid the foundation in 1949 and the work was completed in 1954. The then Sudanese Ambassador Syed Rahamatalla Abdulla performed the naming ceremony on May 30, 1959. Earlier in 1958, India offered a six –acre plot in the Chanakyapuri area of New Delhi for the construction of Embassy of Sudan.