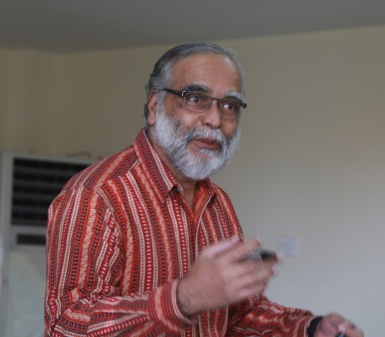 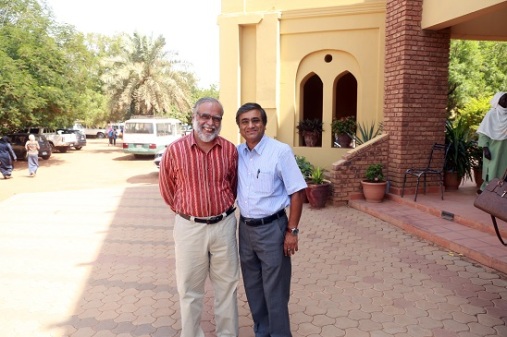 It was a privilege to listen to a talk given by Prof. A. K. Ramakrishnan from the Centre for West Asian Studies, School of International Studies, Jawaharlal Nehru University (JNU) in New Delhi. He was invited by his former student from Sudan Khalid Abdalla Abdelwahab. The lecture was held at the Regional Institute of Gender, Diversity, Peace and Rights within the Afhad University for women. The topic was named ‘Issues of Women’s movements in India’.

I remember some of the names he mentioned in his lecture:  Akka Mahadevi, Ram Mohan Roy, Sarojini Naidu, Kamaladevi Chattopadhya, Jyotiba Phule, Dr.B.R.Ambedkar, Sharmila Rege, Medha Patkar, Vandana Shiva and Mary Roy. India has seen women in the highest of positions. A bill to reserve a third of all seats in the lower house of Parliament and in states assemblies has never been passed since it was introduced almost 20 years ago. Even as a bill to provide 33 per cent reservation for women in Lok Sabha and state assemblies continues to be stuck in Parliament, Union Minister for Rural Development and Panchayat has said that a proposed legislation is on the cards this year to reserve 50 per cent of the seats in rural and urban local bodies for women. During the promos of the new film ‘Pink’ , versatile actor Amitabh Bacchhan said that he wants to see 50% women in all walks of life. Will the Patriarchal system of our society ever make this dream come true?