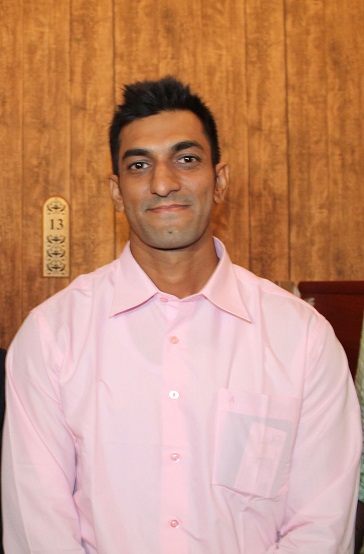 On Friday 13th June, there was a Medical Doctor and an Ambulance waiting at Khartoum airport for a passenger from El Fasher, capital of North Darfur, Sudan. There were also senior security officials from United Nations Mission in Darfur (UNAMID), Sudanese Security Agencies, State Minister of Darfur, Ambassador of India ,other officials from the Indian Embassy and the media waiting for this passenger. They were all waiting to receive Irfan Jaffery an Indian national who just got released from his abductors after three months in Darfur. Once he arrived he certainly didn’t look like he needed medical support. Irfan hails from Mumbai and is a software professional working with multinational company Trigyn Technologies who work for UN worldwide. He with almost 70 other professionals was posted in Darfur.
On 11th March he was abducted by armed rebels in El Fasher. He was kept in various places and the last place was Kabkabiya. There was a ransom for INR 32, 00,000 which is approximately USD 50,000. The policy of Government of India and UNAMID was against payment of ransom.
“Safety of Irfan Jaffery was my prime concern and we profusely thank Sudan Government particularly the Security Agencies, Provincial Government and the Foreign Ministry for getting him released from the abductors without paying any ransom” said the Ambassador of India H.E. Sanjay Kumar Verma. Irfan, a bodybuilder had a smile in his face and was anxious to go back to his distraught family who had patience for these three months. Irfan expressed his gratitude to UNAMID, Sudan Government and the Government of India for their sincere and strategic plan and action in getting him released from captivity.